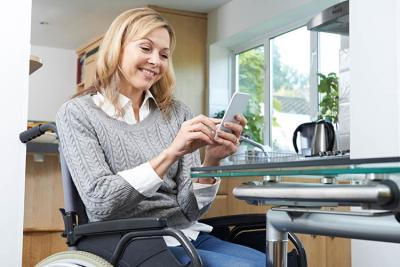 Ofgem exists to protect the interests of energy consumers, particularly those who are in vulnerable situations.

Customers, particularly if they are vulnerable, are likely to suffer real harm if they do not have gas or electricity to heat and light their home and cook their food.

Because energy companies provide an essential service, this means they have additional responsibilities to their customers compared to other companies. We monitor their conduct. And where suppliers put their vulnerable customers at risk or fail to provide the support they need, we will take enforcement action where necessary.

Today Ofgem has published its annual report on how vulnerable energy consumers are treated. This year, we have expanded the report to include network companies to provide a fuller picture.

The report paints a mixed picture across large, medium and small suppliers, showing that they are making real progress in some areas but falling seriously short in others.

We are pleased to report that after calling on them to get better at identifying and supporting customers in vulnerable circumstances, suppliers have raised their game.

Last year, a record 6 million vulnerable electricity consumers and nearly 4.8 million gas consumers were registered on their supplier’s Priority Services Register, an annual increase of around a third.

As a result a record 1.5 million free services were provided to registered vulnerable consumers last year. Services include customers being given a password so that they can safely identify representatives who visit their house and paper bills being provided in braille.

Great progress was also made in stamping out suppliers’ practice of disconnecting customers’ electricity and gas for not paying their bills. Last year, suppliers disconnected just 17 such customers across last year, compared to 210 in 2016.

We monitor particularly closely how suppliers treat their customers who are struggling to pay their energy bills, many of whom will be vulnerable. Under Ofgem’s rules, suppliers must identify customers who are in or at risk of debt, and engage with them early to put them on manageable repayment plans.

Last year we saw some encouraging signs that overall, suppliers are putting customers who are behind on their bills onto repayment plans sooner.

We highlighted this issue of “take on” debt in last year’s annual report, reporting that on average customers had built up debts of over £600 in 2016 before they were put on repayment plans.

Last year this figure fell slightly. It takes a long time for those who build up big debts to pay them off and we will continue to monitor these figures to make sure that average take on debts continue to fall over the long term.

However, we are concerned that some suppliers are too readily resorting to installing prepayment meters by force for customers who are in debt and not as a last resort as Ofgem requires.

Suppliers apply to the local magistrate for a warrant, allowing them to go into a customer’s home with locksmiths and dog handlers if necessary.

Such warrant installations can be traumatic for the customer and are costly for all concerned.

They are also a good sign that suppliers are not spotting debt early enough and working with customers to help them pay it off through a repayment plan.

Last year, suppliers installed a total of 84,230 electricity and gas prepayment meters under warrant, a rise of around 4%.

British Gas installed almost half of these (41,614), a 26% increase on the year before. This means that the supplier had forcibly installed a prepayment meter for around one in ten of their newly indebted customers, double the industry average.

Utility Warehouse installed the highest proportion of prepayment meters for its newly indebted customers, with over one in four of these customers subject to this treatment.

This month Ofgem launched an investigation into how Utility Warehouse manages indebted customers, including whether it is installing pre-payment meters under warrant appropriately as a means of recovering debt.

Last year we brought in a £150 cap on charges for installing pre-payment meters under warrant for customers in debt, and banned suppliers from installing them by force entirely for the most vulnerable.

We expect installations by force to go down across all suppliers next year. And we stand ready to take action against those who still turn to force too readily, as demonstrated by our investigation into Utility Warehouse.

Ofgem was the first UK regulator to implement a vulnerability strategy in 2013. Working with industry to implement it, more and more vulnerable energy customers are feeling the benefits as a result.

In the coming months we will consult with stakeholders on the strategy for the next five years as we move to a smarter, more competitive energy system, to make sure that those in vulnerable situations continue to be empowered and supported.