Local grid owners must be more flexible to meet demand

Recent years have seen the amount of new generation seeking connections to the electricity distribution networks grow significantly. In future, more electric vehicles, battery storage facilities, or other forms of technology will also want to use the networks.

That’s why the Distribution Network Operators (DNOs) which run the local electricity networks must become more flexible when responding to requests for connections.

By the end of 2015, approximately 26% of total generation capacity was made up of smaller generators linked to the DNOs’ grids. This was double the amount in 2011, which illustrates the scale of the challenge facing DNOs.

Small-scale generation is set to continue growing and in some cases new investment may be needed to accommodate it. DNOs should work with customers to bring this forward.

But the solution will not always be new pylons and wires, as the time and costs involved may mean building is not always the most efficient option. So to help meet this challenge, DNOs must make best use of their existing grids.

Last March, we called on DNOs to find new ways of speeding up the connection process and today we have published a report. It recommends that DNOs work more closely with the owners of the high voltage grids and the system operator. 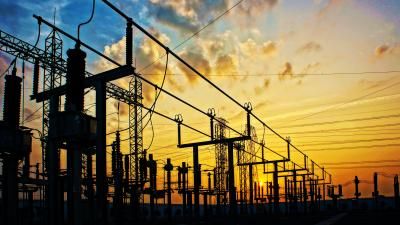 This is so that the best decisions can be made across the whole electricity system for managing new connections, and electricity flows from generators that are already connected.

The need for DNOs to work more closely with others in the energy system is a core part of the transition that has already started to a more active ‘distribution system operator’ (DSO) role.

In November we published a call for evidence on enabling a smarter, flexible energy system. We described how DNOs are becoming DSOs and how using new technologies, providers and solutions can help them to play a much more active role in managing their grids.

Today’s report shows that DNOs have made more than 3.7 GW of capacity available through taking smarter approaches to connections. Some of this involves flexible connection arrangements where generators agree with DNOs that they won’t run at times when the network is being fully used. In other cases the DNOs have been able to offer ‘firm’ capacity where the generator gets continual access to the network.

This reduces the need for costly grid reinforcement, meaning connections are quicker and cheaper. All DNOs have made progress. Here are examples of some of the many projects companies are running.

Making best use of the full range of smarter, more innovative and flexible connection approaches needs to become the norm for DNOs rather than the exception.

Ultimately, innovative approaches to increase capacity need to be implemented in a way which delivers the best outcomes for the electricity system as a whole, rather than individual networks.

Overall, DNOs have come a long way in improving their approach to connections. When we surveyed stakeholders last year we found that they generally supported the new approaches DNOs are taking. But DNOs can still go further.

At the heart of this is the need for DNOs to offer good customer service to network users, and a willingness to share best practice across the networks sector. We will continue to take a strong interest in this, monitoring progress closely. We encourage stakeholders to continue to engage with DNOs on their requirements and innovative proposals to speed up connections.