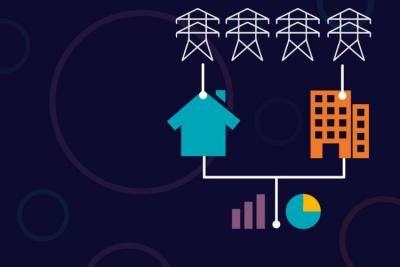 From 2021 the companies that run Britain's energy network will begin to be regulated by a new price control framework ('RIIO-2').

We're asking for views on our proposed approach. Our proposals are tougher on network companies, requiring lower costs and better service quality. The controls will also be designed to allow the companies to support the UK’s transition to a low carbon economy.

Suppliers sell energy to you, but it is network companies that transport the energy to your home or business through the pipes and wires. Network companies are monopoly businesses, so we set price controls - a ceiling on the amount they can earn from charges to use the networks. Our job is to ensure these companies deliver energy and other related services to consumers at the lowest cost. We do this to protect all consumers, as we all pay for the cost of the networks on our bills. Currently network costs are around £250 of a typical dual fuel bill of around £1,100.

Read and respond by 2 May: RIIO-2 Price Control Framework Consultation

The energy system is changing as a quarter of our electricity now comes from renewables. In the future more of us will depend on the grid to charge electric vehicles and more of us will sell back electricity generated from roof mounted solar panels or stored in household batteries. To manage these changes, companies will need to continue to invest billions of pounds which they raise from shareholders and other investors.

To make sure the cost to consumers is as low as possible, we are proposing the lowest rate ever for the amount we think energy network owners need to pay their shareholders (3% to 5%) for raising this money (called the ‘cost of equity’). We anticipate this would result in savings for household customers of around £15 - £25 per year.

We are also consulting on other ways to make sure that the price controls protect consumers and deliver more value. They include:

What has price control delivered?

Our price controls have brought lots of benefits to consumers:

The networks play a vital role in the energy system and as this role grows, so does the need to make sure that consumers benefit from high levels of investment, innovation and reliability at the lowest cost. Since privatisation our price controls have brought network costs down by demanding that companies become more efficient. Our message to companies is that they must work harder to deliver better value for consumers in the next price controls.

Find out more about what network companies do for you and performance under the current price controls in our fast facts: Network price controls and you.

We’re consulting on the price control framework proposals until 2 May. Download the consultation here.

You can stay up to date with key updates on the price control proposals as they develop and other Ofgem news by signing up to our Alerts & Briefings.