Spreading the costs of networks fairly

Our energy system is changing rapidly, as more intermittent and distributed energy is connecting to the networks. We are working closely with government to make the system smarter, so that flexible electricity generation, demand side response and electricity storage can help to manage peaks in supply and demand.

The role of the networks in this new system is very important. We must make sure that all types of generators and network users are able to compete on a level playing field, and face fair charges for the cost of connecting to, and using the networks.

We're proposing to launch a Significant Code Review (SCR) of certain aspects of network charging to help drive some of the changes needed for the new energy system. An SCR allows us to direct the industry to bring forward proposals for how the charges which recover a large part of network costs are set. We need this review as the rapid pace of change and innovation mean that the networks are being used in ways not anticipated when the current charging approach was established.

Our price controls set the amount of revenue networks can earn from charges to users. Broadly, users pay connection charges and ‘use of system’ charges for ongoing use of the networks.

There are two core elements of network use of system charges are:

Forward-looking charges, which reflect current and forward-looking costs associated with generating or consuming energy. For some users (but not all) these can vary by location on the network, or by time of use. These charges reflect the marginal cost of the networks in the long run (the cost of adding each additional unit of capacity on the networks)

Residual charges - which don’t cover specific things, but are broadly used to recover sunk or fixed costs. These costs don’t vary with network usage, and largely relate to costs that have already been incurred, such as past investment in underground cables. 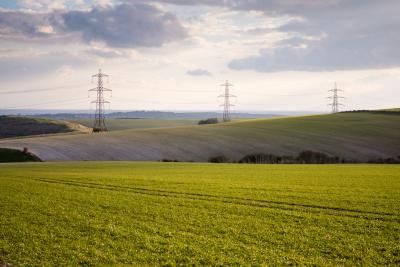 Our review will look into these residual charges, as well as a range of benefits and payments that smaller embedded generators connected to the distribution networks receive. We proposed a change to one of these benefits (the payments that these generators receive from suppliers for helping them to reduce the biggest element of the electricity transmission charges they face at peak times) on 1 March. We are proposing to look at the others as part of this review.

We are also looking into the charges that storage operators pay to make sure that they don’t face a disadvantage for providing their services, compared with generators they are mostly competing against.

Distortions in the system

We need to reduce distortions in the system which influence decisions by generators and other users about where and how to invest. An example is that more storage could be connecting to the distribution network rather than on the transmission network, because of the different way these residual charges are set across the networks.

If one set of users pay lower residual charges, these costs have to be recovered from somewhere. If some network users pay less, it means that others have to pay more towards these charges, and these charges then flow through to customer bills.

Another example is where a factory or a community is supplied by local generation on its own private grid. Most of the time they may not use the high voltage network, but sometimes they do, for example if their generation unit fails. At the moment they won’t pay much towards the residual charges based on their usage. We think that they should pay a fair share of the costs of the network which is available to them all year round.

This will not be an easy issue to solve, and many other countries are facing similar challenges. For example, since 2009 all households and small industrial customers in the Netherlands have paid a fixed charge based on the size of their grid connection. It was introduced because the Government decided that network costs are mainly capacity driven and therefore charges should be capacity based. The changes have provided greater simplicity for network customers and better forecasting of network charges, as well as more certainty for DNOs on their income. This is just one example of how other countries have approached this, and we are open to considering a wide range of options.

In our consultation we set out the potential steps for addressing these issues and we will be talking to the industry and customer groups extensively over the next year. We want to hear your views, so please get in touch at: targetedchargingreview@ofgem.gov.uk.