What do energy networks do for you?

Ofgem regulates the prices that networks charge for transporting electricity and gas to homes and businesses around the country.

These charges make up a significant part of a consumer bill. That’s why we’ve launched a new set of indicators today to provide more transparency about how networks are performing on behalf of their customers – and that includes you.

Networks have come a long way since privatisation 20 years ago. Through successive price controls we challenged them to cut costs for operating and investing in the grids. Customers got the benefit of this as Britain’s energy network is 17 per cent cheaper in real terms than 25 years ago.

The energy system is now going through a transformation to become lower carbon, more decentralised, smarter and more flexible. This means that customers’ demands for what network companies must deliver are different to what they were two decades ago.

To make sure that the networks were geared up to manage this change, in 2013 we introduced a new formula for setting price controls RIIO (Revenue=Incentives+ Innovation+Outputs). RIIO requires the companies to talk extensively to stakeholders   and customers to develop a business plan for their price control. Their plans must deliver the outputs that network users want to see, while keeping costs down for consumers. Once the price control starts we keep a close check on performance and report annually on progress.

The indicators will provide a more rounded, easier to understand picture of network company performance to deliver those outputs. The indicators also show how much the companies have been spending compared with what we allowed them in their price control settlement and other information on their financial performance including rates of return.

Gas distribution and energy transmission companies are only half way through their price controls, and the report on electricity distribution covers the first year of the price control (2015-16). So the returns that all companies have reported so far are forecasts.

If companies outperform the price control or underspend their allowances, we require them to share the benefits with customers. RIIO is a new price control and we recognise that with any new framework there will be some lessons for us to learn. We will make sure these are fully reflected in the next price controls (for gas distribution and energy transmission) from 2021.

Not all energy customers get mains gas, for example, if they live in a rural area off the gas grid. Some of them will be fuel poor customers who would benefit from being connected to the mains, as it will mean cheaper bills and access to a wider range of energy deals. 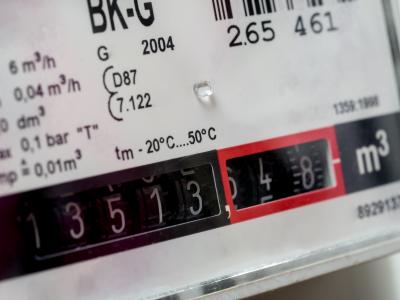 In 2015 we told the gas distribution networks to go further in connecting more fuel poor homes. We extended the overall target they have to meet for this to more than 90,000 homes by April 2021 (an 18 per cent increase). Between April 2013 and April 2016, almost 40,000 more fuel poor homes had been connected.

We challenged the companies to improve their customer service. Getting this right is crucial as demand to use the networks increases. Company performance on this is measured in several ways including surveys with stakeholders, and on satisfaction with the complaint handling process. The latest reports show that customer service continues to improve with the majority of network companies meeting or beating customer service targets.

The indicators give a general overview of what the companies are doing, and we are of course watching their overall performance very closely. Although network companies’ performance is improving we still expect them to go further as they progress through their price controls.

We will keep pressing the companies to do better where we find that they are not delivering the outputs they agreed to. This is really important as we want to make sure that customers get better value for money from the networks.