Regulation fit for a revolution

The transition to a low carbon energy system is happening at a pace that nobody thought possible just a few years ago. Every unit of electricity we consume produces, on average, around half as much carbon dioxide as it did five years ago. Renewable generation now accounts for around quarter of electricity produced.

Every day we hear more predictions about the damage climate change is likely to have on ecosystems and people’s lives around the world, and more evidence that harmful change is already taking place. Electricity use represents roughly a third of global carbon dioxide emissions. If countries such as the UK can demonstrate an affordable route to decarbonising power the benefit would be felt worldwide. 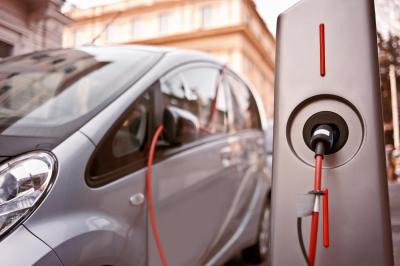 Although we are well on the way to decarbonising our electricity system, there is a great deal more that we need to do. To meet the 5th carbon budget, which has been approved by the government, the CCC proposed a target for 2030 of less than 100g of CO2 per kWh of electricity produced.

Daunting as that may appear, there are reasons for optimism. The costs of solar, wind and battery storage have been falling fast. The lower cost of storage will help manage the intermittent nature of renewable generation. Also, the rollout of smart technology such as smart meters will enable more flexibility in demand, helping us make best use of available network and generation capacity. It also reduces the need for expensive back-up generation and network expansion. There are big benefits for consumers of having a more flexible system as it reduces costs.

So what do these changes mean for Ofgem and the way we regulate the industry?

Electricity market and regulatory arrangements were designed for a system with very different characteristics to those we now expect in the future. For example, more than a quarter of all generation capacity is now connected to distribution rather than transmission networks. Much, but not all, is intermittent renewable generation, which only generates when the wind blows or the sun shines. In addition, an increasing proportion of generation is now located behind the meter on consumer premises, partly driven by the growth of solar panels.

If we don’t adapt the arrangements, they could hold back further progress to a decarbonised electricity system that meets peoples’ needs, either because the cost will be higher than necessary or because opportunities to deploy new technologies and business models are frustrated.

Today, we have published our strategy for regulation during the energy system transition.  It covers both electricity and gas, as the transition will have profound impacts on both systems.

We have set out principles for how we will approach regulation and our priorities for changing the current arrangements. We believe this approach will work in the interests of consumers and help progress towards decarbonisation.

The principles are as follows: 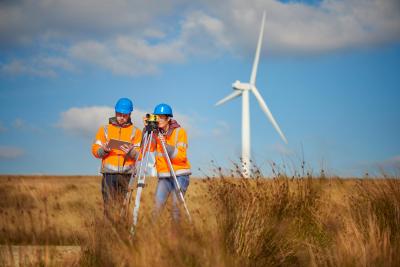 These principles will help stakeholders understand the rationale behind decisions we will have to make. This will improve the predictability of our regulation despite the uncertain outlook.

Reforms are needed in some areas because changes in technology and cost structures are exposing gaps and inconsistencies in our arrangements.

These “gaps” were less important in the past given the generation mix and system configuration at the time. But there is a risk that they will prevent the system evolving in the most cost effective way. Opportunities to take advantage of innovation would be lost too.

Our priority areas for reform are as follows.

The right incentives for system users.

Generators, consumers and storage operators need to face the right incentives when using the system. We need arrangements for network access, including changes for connections and use of the system that reflect the principles set out above. We have already made changes to create a more level playing field between transmission and distribution connected generation. We have today announced a “significant code review” addressing remaining issues arising from how residual network charges (which broadly recover sunk or fixed costs) are recovered.

We want the system to be used in the most efficient way. In particular, we want to ensure there are the right incentives for generators and consumers to change the way they generate and use electricity to take account of local network congestion. This will encourage new innovative businesses to manage local congestion and avoid expensive network upgrades.

The right incentives for system operation.

National Grid as the system operator makes sure the electricity system remains stable regardless of the actions of network users. It has historically been focussed on transmission, with distribution systems largely managed as passive infrastructure.

However, distribution networks are now taking on system operation and flexible management of their own grids. Therefore we need to ensure that system operators at distribution and transmission level co-operate and co-ordinate to deliver benefits across the whole energy system.

The financial incentives they face must be aligned with the interests of consumers. As a part of these changes we have agreed with National Grid that they will move electricity system operation to a new, more independent function, legally separate from their other business, including the transmission network.

The right incentives for networks.

Our framework for network regulation is generally well suited to the energy system transition. However, the pace and extent of change means that we will review some aspects of the framework ahead of the next price controls. We will consider ways of handling the greater degree of uncertainty that networks will face. We will also examine what is the right allocation of investment risk for future upgrades between network users, network owners and consumers. This relates closely to changes in charging arrangements and incentives.

This strategy, together with our priorities for reform, will  show a clear direction of travel of regulatory arrangements and market rules as the transition to a decarbonised energy system progresses. Of course, with so much uncertainty, we must be prepared to alter our plans in response to circumstances, including changes in technology, costs or government policies.

Having published our strategy, we will now take forward this work as separate projects in an integrated programme. We will review our progress against the strategy and its objectives regularly and report back as a part of our forward work program.

We look forward to working with industry and other stakeholders to make the successful transition towards an affordable, low carbon energy system a reality.