Electricity is an essential public service and the lifeblood of a modern economy. A successful electricity system is one that people and businesses can rely on to provide the electricity they need, when they need it and at a price they can afford.

Electricity production is also a major source of greenhouse gas emissions. There are few challenges more important for our society than preventing damaging climate change. As a result, the government rightly has ambitious targets, which means that carbon emissions from electricity production need to be reduced to close to zero well before the middle of this century. And this may also have to happen whilst meeting increased new demands from electric vehicles and the electrification of heat.

The central challenge in energy policy today is how to meet these climate change targets whilst retaining secure, affordable supplies for households and businesses.

Despite all the uncertainty there is one thing we can be sure about. Electricity has a central role in our society as an essential service on which we can all depend. This is non-negotiable. 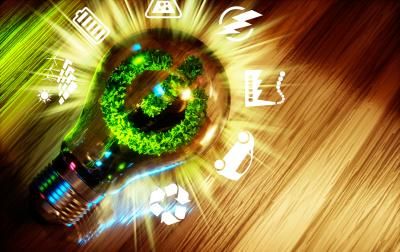 So, what do we think the low-carbon electricity system of the future will look like? We can start to answer this question by looking at what is already happening.

As a part of its policy to address climate change, the UK government has encouraged investment in low carbon generation sources, such as renewable energy and nuclear power, which now account for close to a half of all electricity generation. To make way for this new capacity, we have seen a number of older gas and coal-fired power stations close in recent years.

This shift in the power generation mix presents real challenges for system operation.

The fossil fuels we have relied on in the past offer a low cost source of energy storage (in the form of the fossil fuels themselves) and are inherently flexible, in that thermal power stations can vary their output as required. Fossil-fired power stations tend to be cheaper to build than other options, but more expensive to run – particularly if we take into account the costs that carbon emissions impose on the rest of us in the form of damaging climate change.

In contrast, low carbon power generation tends to be either largely inflexible (such as nuclear) or intermittent (such as wind and solar). Flexibility is expensive without access to coal, oil and gas. Despite the rapidly falling cost of battery storage, it remains several orders of magnitude more expensive than a large pile of coal at a power station as a way of storing energy.

Low carbon capacity also tends to be more expensive to build, but on the other hand is cheaper to run. For example, once built, wind turbines and solar panels produce almost free electricity as long as the sun shines and the wind blows.

This is not inherently a problem. But we do need to think very differently about how we design, build and operate the low carbon electricity system of tomorrow. It is not just a question of replacing the components of the old system with their low carbon equivalents. 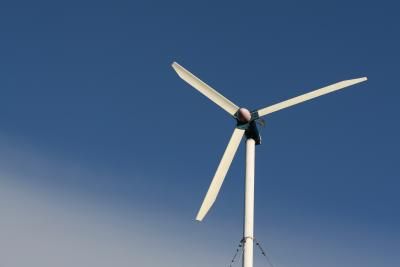 The system will have to deal with more uncertainty because  it will have to cope with the intermittent output from renewable energy. It may also have to manage new large demands from heat and electric vehicle charging. It doesn’t make sense to rely solely on surplus capacity to deal with this uncertainty as we do at present, because low-carbon capacity will be more expensive to build.

What this means is that flexibility will become increasingly important and valuable. This flexibility will allow us to make best use of low carbon or zero cost energy when it is available, without spending billions of pounds on surplus generation and network capacity to manage the increased uncertainty and variability.

In November, we published a joint call for evidence with the Department of Business, Energy and Industrial Strategy (BEIS) on “A Smart, Flexible, Energy System”, which sets out how the development of a smart energy system, within the right regulatory and commercial framework, can help with the transition of the energy system to resilient, low carbon future.

One important source of flexibility is the ability to change consumers’ demand patterns in response to the needs of the system. This already happens today in the business sector, and in a limited form through day-night tariffs such as Economy 7 in the residential sector. The roll out of smart meters to every household in Great Britain will allow more dynamic and sophisticated approaches to demand management.

As a part of this we might need to rethink our approach to managing capacity on the system. At present, the typical supply for domestic households is limited to around 15kW, determined by the size of the meter fuse. Most people aren’t aware that such a limit exists because it is much larger than typical domestic loads, which rarely exceed a few kW.

Providing everybody with the option of using several times more capacity than most households would normally need, whenever they want will become increasingly expensive.

Also, if the penetration of electric vehicles and electric heating increases, as many expect, our approach to capacity may need to change further. Fast chargers for electric vehicles (EVs) and electric heat pumps could require large simultaneous loads, which could exceed even today’s maximum capacity for households. When we consider that capacity may be at a premium, allowing everybody to charge their vehicles and use their heat pumps without restriction could be prohibitively expensive for everyone.

So, in the future, we may need to find new ways of paying for and providing access to the electricity system that meets society’s expectations of a fairness and reliability. This probably means that those that want access to much more firm capacity than is usual might need to pay extra for it. Alternatively, people may want to accept some limit on their ability to consume large amounts of electricity whenever they want in return for lower prices. For example, some users could allow their electric vehicle charging to be interrupted for a short period in order to reduce their charging costs.

It might also mean a different approach to system resilience. In a smart, flexible world, essential, inflexible applications such as lighting could have priority access over more flexible loads such as EV charging. This could also allow us to run the system with lower levels of firm capacity than we do at present, because essential loads would be protected. It could mean even greater levels of security of supply for those loads that matter the most.

We also need to have a debate about consumer protection and fairness in this new world.

Consumers must always have access to secure supplies for their essential requirements. This most likely means priority access to basic needs for everyone over other less essential or more flexible requirements.

But it is far too easy to focus on the risks.  The prize at stake is no less than a near zero carbon electricity system that meets the needs of consumers for secure electricity supplies at a reasonable cost. In turn, that would be an important step forward in addressing the global challenge of climate change, given the central importance of the power sector to world-wide carbon emissions.

In return society will need to rethink its approach to electricity use, but not necessarily in a way that compromises our way of life.  We need to start the public debate about this changed approach sooner rather than later, because it is easier and cheaper to make the changes before unsustainable habits and approaches become ingrained.

Working with government and the industry, Ofgem aims to play a central role in both leading the debate and meeting the challenge.