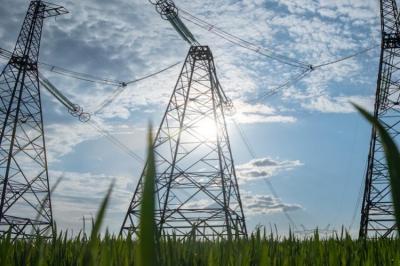 Energy networks will sit at the heart of the race to cut harmful carbon emissions from power, heat and transport by 2050 – the deadline for the UK’s ambitious ‘net zero’ emissions target.

Funded through consumer bills, energy networks are privately-owned, and run the pipe and cable infrastructure that brings gas and electricity to our homes and workplaces.

Ofgem regulates how much revenue the networks can recover from their customers through price controls – to ensure you pay a fair price, and get the services you expect.

We’re now leading the next generation of price controls for the networks to build a greener, fairer energy system. These will start in 2021 for the transmission and gas distribution networks and system operator, and 2023 for electricity distribution. We want your views on them.

The UK has come far in reducing its carbon emissions, achieving faster cuts than any other major economy through new technologies and more renewable fuels.

But for over 200 years we have largely built our economy on carbon-based infrastructure. Meeting net zero will mean resetting the energy system.

As such, we expect investment in the energy networks will need to rise.

In setting the next price controls, our job is to ensure network companies efficiently and intelligently focus their spending plans.

We are designing flexible controls that can provide as much funding as needed to deliver good value net zero projects.

At the same time, we are challenging network companies to strike a more balanced settlement. Our proposals want to see less of consumers’ money going towards how companies finance themselves, and more towards going further and faster on transforming the networks to meet the country’s climate goals. This will help keep the impact of investment needed as low as possible on consumers’ bills.

Now more than ever, in the context of COVID-19, our priority is to make sure network costs fall fairly for consumers.

It is difficult to predict what will be needed to achieve net zero in the five years’ of our price controls.

Cleaning up the way we heat our homes and businesses could take many routes - from upgrading our existing gas networks to run on greener gasses such as hydrogen or biomethane, to installing hot water-based heat pumps under homes and workplaces. Different parts of the country may need different solutions.

Similarly, plans to deploy a nationwide charging network so more electric vehicles can be on our roads are still being formed. These will need a coordinated upgrade of both electricity transmission and distribution networks, depending on the scale and location of rapid and slower charging technology across the country.

And while it is increasingly clear that offshore wind will play a major role in decarbonising the power sector, it will likely mean a design rethink of both the onshore and offshore grids, with upgrades needed to both.

Co-ordination and flexibility will be key.

Our price control decisions will need to tread closely with those of governments, co-ordinating on long-term infrastructure strategy and plans. For this reason, we have set up a strategic net zero advisory group with stakeholders.

We also recognise that net zero policy won’t develop in tidy five-year segments, conveniently aligned with the start of our price controls.

So we have written into our proposals a suite of ‘reopener’ investment and innovation funding mechanisms that companies can flexibly call upon to increase funding as needs become clearer and policies evolve. These could provide £10bn or more for good value projects and £450 million for strategic investment, with the potential to add more innovation funding if needed.

With the net zero clock ticking, we aren’t just waiting for the price controls to begin.

We will green-light all robust, good value green investment projects that help to secure clean energy at the lowest cost to consumers.

In line with the transmission and gas distribution sectors, local electricity networks, which are run by distribution network operators(called ‘DNOs’), will play a central role in greening the system.

This week, we launched our consultation on the framework within which DNOs will plan to modernise the local electricity grids so, for example, the roll-out of electric vehicles expected to boom in 2030 isn’t held back by a lack of charging points outside your house, in the streets or at motorway service stations.

Our proposals include measures ranging from how best to account for national and regional or local ambitions in planning network investment, to how far DNOs should anticipate demand ahead of need.

As for the transmission and gas distribution sectors, DNOs will be able to bid for funding for big infrastructure projects and research and development through the net zero ‘reopener’ and strategic innovation funds explained above.

Modernising the local grids won’t just be about building new pipes and wires. Our analysis shows, for example, that if owners use flexible ‘smart charging’ – where you only top up outside peak demand times on the grid – at least 60% more electric vehicles could be charged up using existing grid capacity, compared with vehicles charged only at peak time.

So we want the networks to use data and the best modern technology – such as smart charging or battery storage for people producing their own power – to cope with new demand and smooth peaks. These present much quicker solutions, and could save consumers billions of pounds compared to building expensive, new network capacity.

Finally, in line with the other sectors, we want local electricity networks to play a full part in making sure no-one is left behind.

We want the networks to focus on what they can do to improve quality of service or to reduce the cost of services for people in vulnerable situations. This could comprise developing extensive partnerships, including beyond the energy sector, to target support so that the costs and benefits of net zero are fairly allocated. It could also mean developing social indicators or mapping to inform service development and partner strategies, and embedding a commitment to protecting the interests of vulnerable customers.

There will be no single route to get to net zero. We collectively face many uncertainties and major changes - socio-economic and technological.

But necessity is the mother of invention. The journey will also bring many exciting opportunities for industry and others to step up and prosper with new businesses and business models while working to deliver for consumers and our planet. What we pioneer here in GB can be exported around the world.

One thing is certain: we need to go further and faster now. The race is on.

Changes to the energy system will affect everyone. We want to hear from as many people as possible on our network price control proposals. For full details, and to share your views on the plans by 4 September, visit our RIIO-2 proposals overview page.

We are consulting separately on the methodology for the next price control for local electricity networks, running for five years from 2023. Have your say by 1 October.